Swala in a Nutshell

Tarangire NP is a great option for Tanzania as it has a reputation for being less in demand than the famous Serengeti and Ngorongoro Crater. This means you get a less crowded experience, being slightly off the more beaten track. Further in the regard, Swala is located in the  remote Southern section of the Tarangire Park.

How to Get There

Most people fly into Swala using the nearby airstrip (1.5 hours from Arusha)  You can also drive to this camp by road transfer – the park gate is 115km from Arusha and Swala is a further 60km. Once in the park, this transfer becomes a game drive!

This lodge has its own waterhole which is particularly popular with elephants, especially in the dry season. In fact, the whole Tarangire park is well known for its abundant herds of elephant and might be one of the best places in Tanzania to see them. You will see lets of healthy family herds with good numbers of young. Further, these elephants are well protected and so are very relaxed around vehicles, even at close quarters.

Game drives are the standard and most popular activity at Swala. The area immediately around the lodge is almost exclusive, being quite isolated from other lodges and mobile camps. Guides do however venture further to the swamps in the North where the game viewing is also very productive.

For something different, night drives and walks are also on offer.

The park is also known for its beautiful, big and abundant baobab trees.

Sanctuary Swala use open game drive vehicles, which is fantastic. Most other companies drive around in closed vehicles which restricts your views of the amazing surrounds.

Tarangire is also one of very few places where you can see tree climbing lions!

There can be lots of tsetse flies at certain times of year….do take note of that.

This camp is fairly modern, having just been rebuilt to very high eco-friendly standards. Swala is set on a slightly sloping ridge with a view down into a river valley below. Large acacia trees surround, providing excellent vistas from camp. They have their own waterhole which adds passing wildlife to this view!

The main areas are expansively decked with thatched roofs which help keep the dining and lounge areas cool. Ceiling fans assist with this even further. The focus is the bar and entertainment area which is centrally placed. Radiating from there, is a lounge and library with inviting sofas, a decked fire pit and a dining area with a splendid view to the nearby waterhole – you may find yourself dining with elephants?

The tented rooms are large and well spaced, set amoung giant baobab and acacia trees, all with splendid views of the river valley below. The wood-floored, open plan designed rooms are well decorated with earthy colours. You get all the conveniences you would expect at a camp run by Sanctuary Retreats – do look at the photos and factsheet below for more detail.

We like the Masai “warriors” that patrol the camp at night – they wear their full traditional gear and carry a spear!

Tarangire is much quieter than the other parks on the Tanzania circuit – you can feel this. Further, Swala is located in a more remote part of the park so you can do local game drives without seeing other people.

We like the large open-plan rooms, almost circular in shape really.

Elephants, what more can you say? This is the place to see them.

The Tsetse flies can be a bit testy. Cover up to stop them biting….a few layers. They get quite bad at some times of year so do check with us. 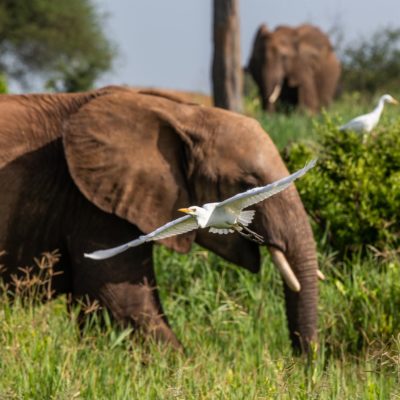 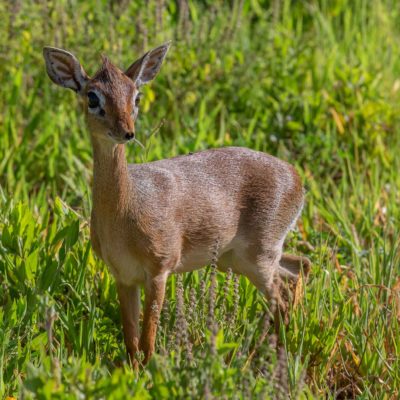 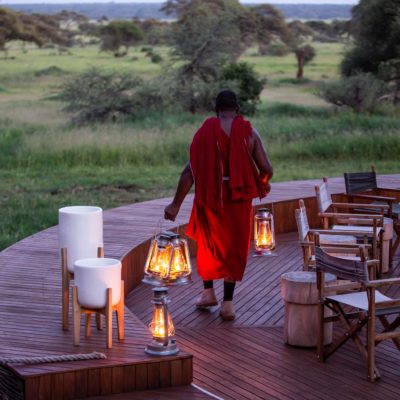 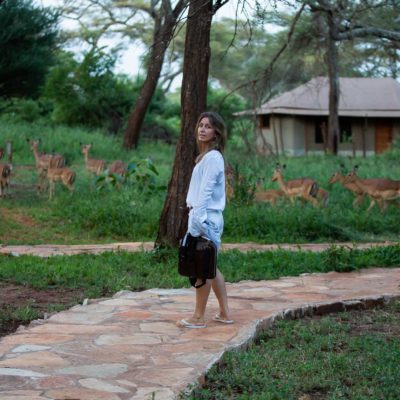 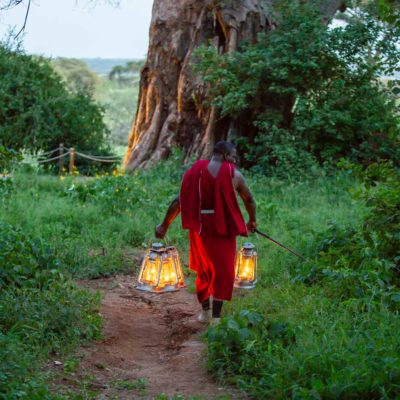 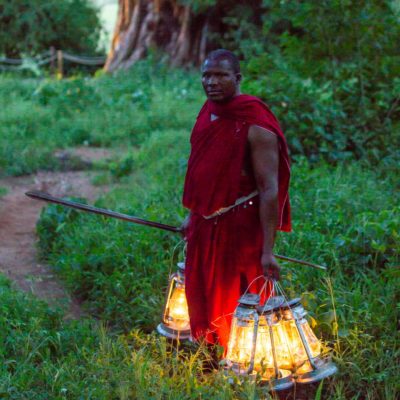 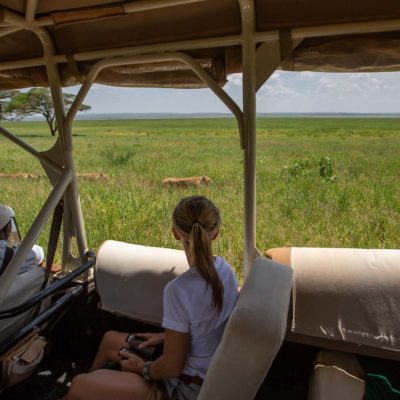 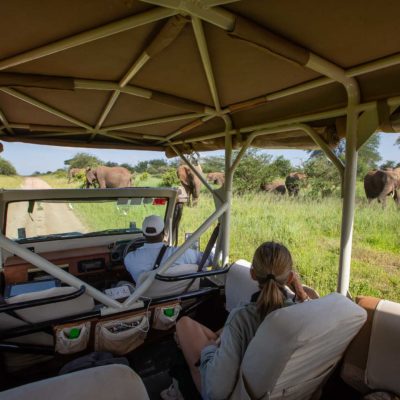 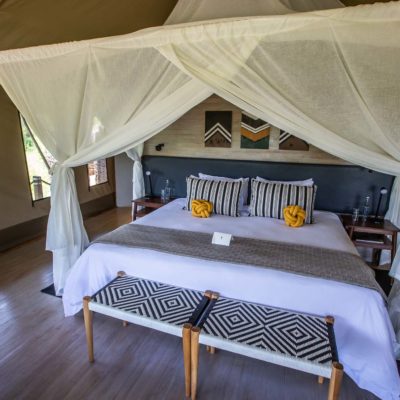 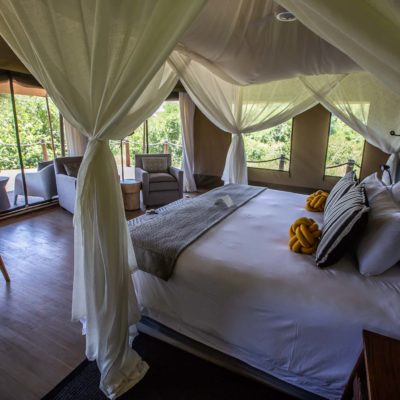 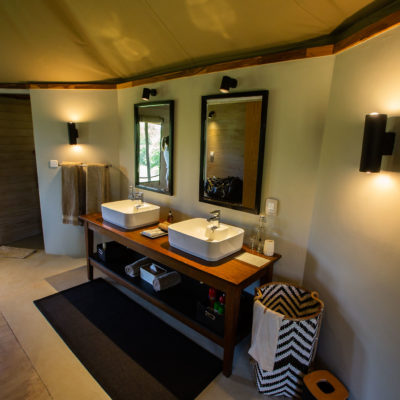 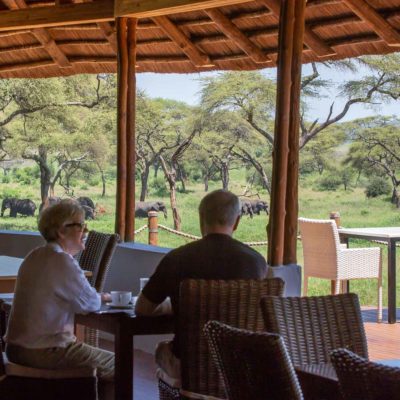 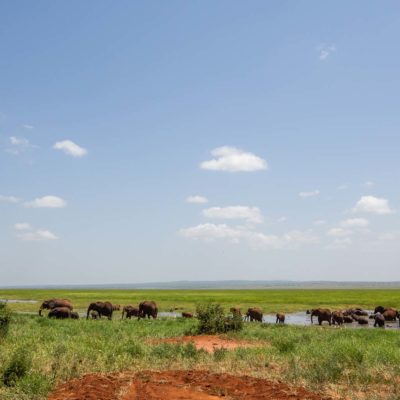 Activities to combine with Swala Camp